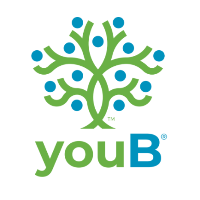 Team youB
December 26, 2022youB member since 2022
25 publications
Values this work is based on:
Purpose: Improve well-being and productivity in professional settings through forgiveness practices.
11m Read

Does forgiveness have a place in the business playbook? Do we, as employers and employees, really need to tackle one more touchy-feely personal skill just to do a good job?  The bottom-line answer is: yes.  More and more research is indicating that a lack of on-the-job forgiveness, and the resulting interpersonal friction, can cost businesses plenty.  For instance, the 2008 Global Human Capital Report conducted by the Center for Psychological Press, Inc. (CPP), found that “interpersonal stress and conflict at work is estimated to cost American businesses alone about $349 billion and 385 million working days annually”.  That sounds pretty bleak.   The good news is, the extra effort required to fold forgiveness into our day-to-day work schedule will benefit both our companies and ourselves.

Perhaps forgiveness has a place within the business playbook after all.  Thankfully, it could also provide both business and personal benefits.  If that’s the case, then how can an executive, a team, or an entire company practice forgiveness as a regular part of day-to-day business? And what are the benefits of including it in standard business operations?

What is and is NOT Included In Forgiveness in a Business Context?

Before we answer those questions, let’s first make sure we have a consistent, easily measurable definition of forgiveness.  What constitutes forgiveness, and what are the related practices?  According to the Mayo Clinic, forgiveness is the conscious decision “to let go of resentment and thoughts of revenge”, after a real or perceived hurt or injury from another.  On a personal level, that hurt or injury might come from a friend, family member, or even a stranger.  In the workplace, it might come from a coworker, a supervisor, a business partner, or a customer.  It can also affect teams if one team somehow causes insult or injury to another team.

Let’s also be sure we recognize the signs and symptoms of that damage.  Emotional injury often starts very small and seems insignificant at the time.  However, if left unaddressed it can grow and fester into feelings of resentment towards the individual(s) responsible for the real or perceived hurt.  Additionally, the affected person or team begins to dwell more and more on a need for justice, and the need to “right the wrong” in some way, even to the point of revenge or sabotage.  The same dynamic we see in unhealthy personal relationships affect us at work, too.  When a lack of forgiveness reaches that point, it becomes an impediment to on-the-job performance.  When teams and departments are involved, which most of us have seen in the workplace at least once or twice, workplace toxicity can result in severe performance problems and even result in the failure of the company.

What Is the Cost of NOT Practicing Forgiveness?
How is it that we let this happen?  Medical research has answered this question pretty conclusively.  Sustained or chronic feelings of resentment result in measurable changes in the brain.   Gustavo Razzetti, a business leadership consultant, CEO, and author of several books on corporate excellence, states: “Neuroscience shows that a lack of forgiveness affects all levels of an organization… Toxic behaviors quickly spread across the majority of the team members…. Holding a grudge against a colleague or the organization gets teams stuck. Instead of facing conflict, they focus on blaming others…  When people are upset, they stop using their minds — fMRI studies showed that anger and vengeance inhibit rational thinking….. The defend-and-attack mode fuels toxicity — surviving becomes more important than doing great work. People start playing politics and the blame game.”

How Do We Practice Forgiveness in The Workplace?
Thankfully the solution is relatively simple: practice forgiveness, early and often, with specific steps for the individual and even the entire group.  According to Razzetti, the following three steps can nip a problem in the bud:

If difficulties have already begun to fester and a workplace is becoming toxic, team or department leaders can still step in to intervene.  The University of Michigan’s Ross School of Business published a report called Leadership Through Organizational Forgiveness.  That report included a multi-step approach to helping teams work through those problems and emerge as allies:

What Are the Benefits of Forgiveness?

The above might seem like a huge investment of time and energy, which many employees and managers would resist as being unproductive.  Yet the alternative is dysfunctional relationships or teams that can infect the entire company.  To sell the idea of doing this proactive work, consider that such efforts yield both personal and organizational benefits.  The Mayo Clinic listed these personal benefits of forgiveness:

What about benefits to the company?  In a LinkedIn thought leadership piece about organizational forgiveness, author Nathan White, MBA and Service Delivery Leader spoke about his career practices around forgiveness: “With every act of forgiveness, three important things happen:

Dr. Mark Goulson goes further in an article for The Business Journals.  He was researching how forgiveness can be used by company leaders to not only correct or avoid toxic workplaces, but also build and strengthen the company.  From that article:

When I asked her if she had a single tip for putting forgiveness into action, she shared with me what I now consider the top quote I have ever heard (displacing three others that have vied for the top spot for 20 years): “Forgiveness is accepting the apology you’ll never receive.”

What About Repeat Offenders?

In my own business experience, forgiveness has been a surprising but valuable tool.  As a solopreneur, I am occasionally faced with making go/no-go decisions about working with people during and after some statement or event that caused problems.  In those moments when I’ve stopped, stepped back away from the situation and identified it as a potential problem, I’ve been able to redirect the situation toward a (usually) satisfying conclusion.  Frequently, entering into an honest discussion went a great distance toward resolving the problem.  I’d talk to my client about what had gone wrong, where did the misunderstanding begin, and how the incident had impacted all parties.  After that, the conversation often got easier and we’d start to toss around ideas about how to make things better.  Ironically, not only did the strength of our working relationship improve, but we also often had a better solution for our efforts than if nothing had gone wrong to begin with.

But what about repeat offenders?  I’ve worked with colleagues and clients who are habitually problematic, and some patterns have emerged:

Sadly, in those instances, I have found that sometimes the wisest course of action is to stop doing business with them entirely.  It can be extremely difficult to make that call because we like to think we can work with, or do business with, anyone.  However, cooperation and good business conduct is a collaborative activity, which includes solving problems. If the other party doesn’t want to collaborate we can’t force them to do so.  At which point it’s best to say a respectful goodbye and move on.

One of the goals of the youB ESR philosophy is to bring “humane” practices into everyday business, and ensure that virtues like compassion, honesty, dignity, and respect are all given as much weight as return on investment, profits, market share, and brand recognition.  Forgiveness is deeply entwined with all those other human virtues, and it can have a positive role to play in accomplishing all those other business goals.   As human beings, we’ll make mistakes.  Forgiveness is a way to turn the pain and embarrassment of mistakes into constructive learning opportunities and chances to deepen our relationships.  That offers its own ROI to any business which is wise enough to adopt these practices.

LinkedIn Article: The Importance of Forgiveness in Business

The Business Journals: 5 Ways Forgiveness Makes You A Better Leader

Forbes: How Forgiveness Can Save Your Business

Systems Thinker: Got Blame and Distrust in Your Workplace? Try a Little More Forgiveness.

Greater Good Magazine: The Power of Forgiveness At Work

EPM.net: The Importance of Embracing Forgiveness 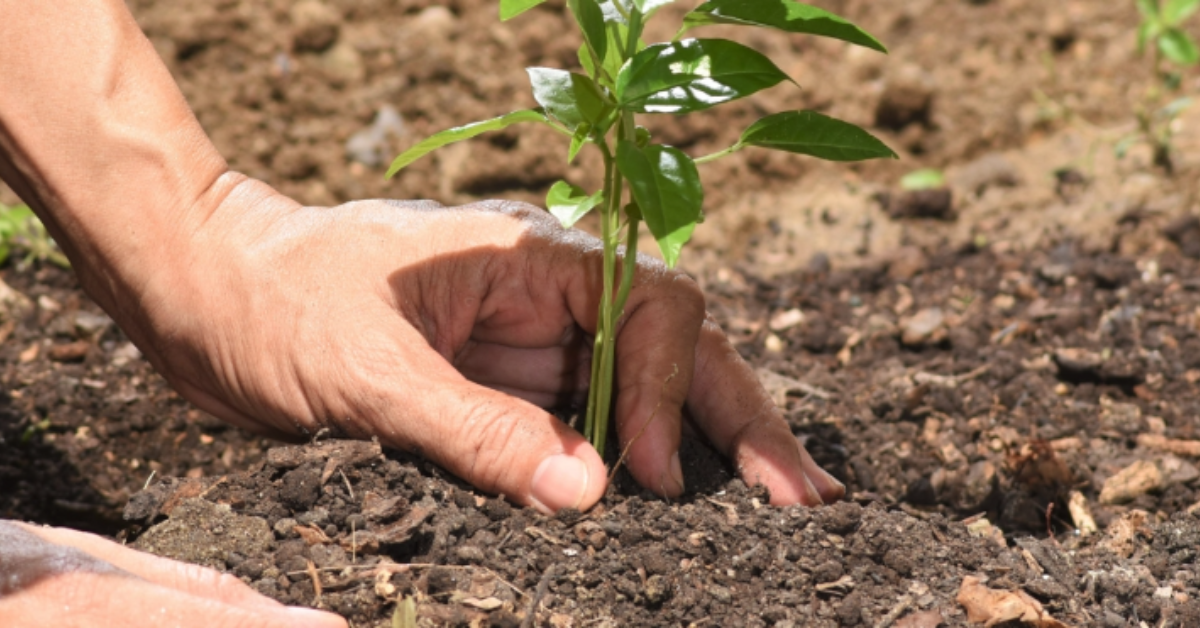 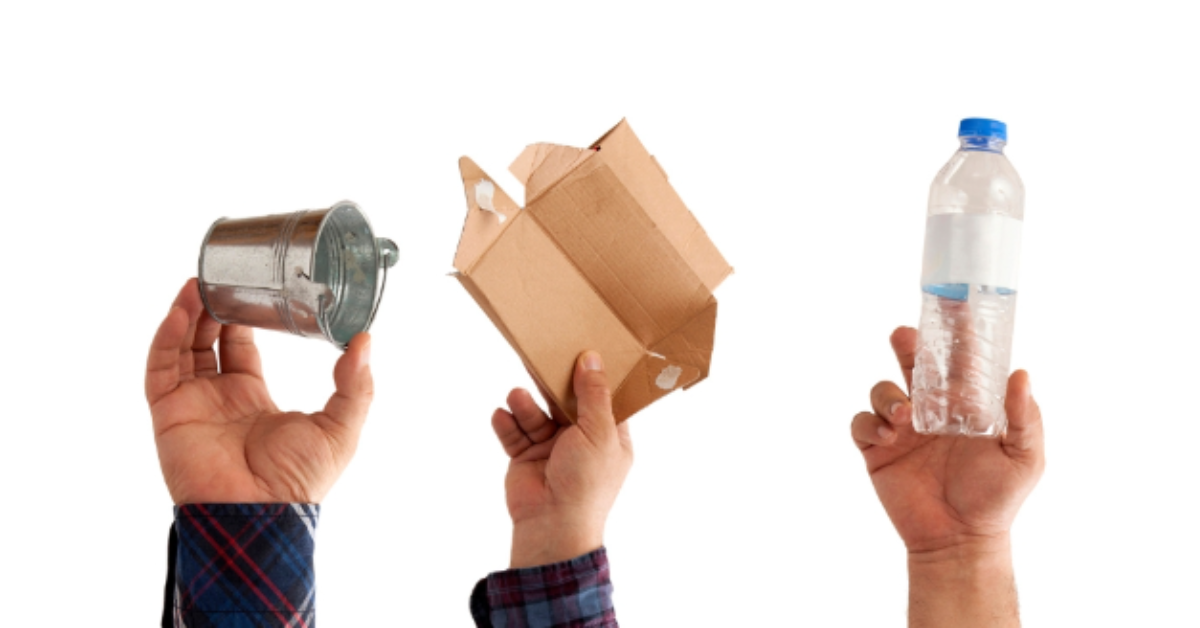 Ethical Practices Responsible Consumption Zero Waste
Is Your Company Looking in the Trash Bins? You Should!
By Team-youB 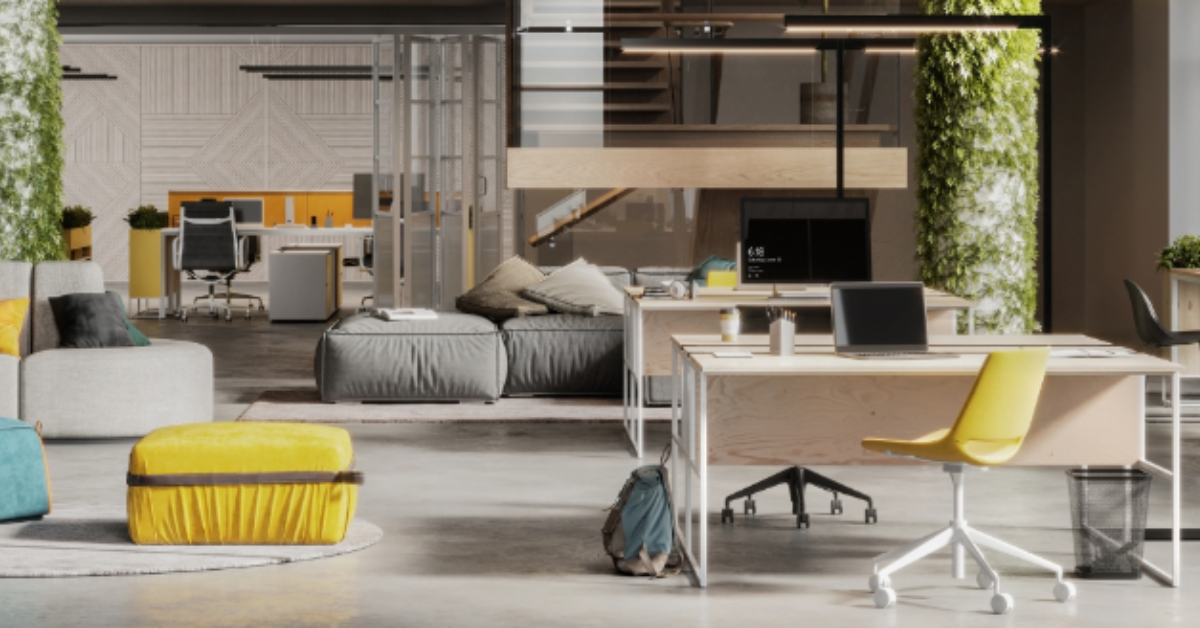 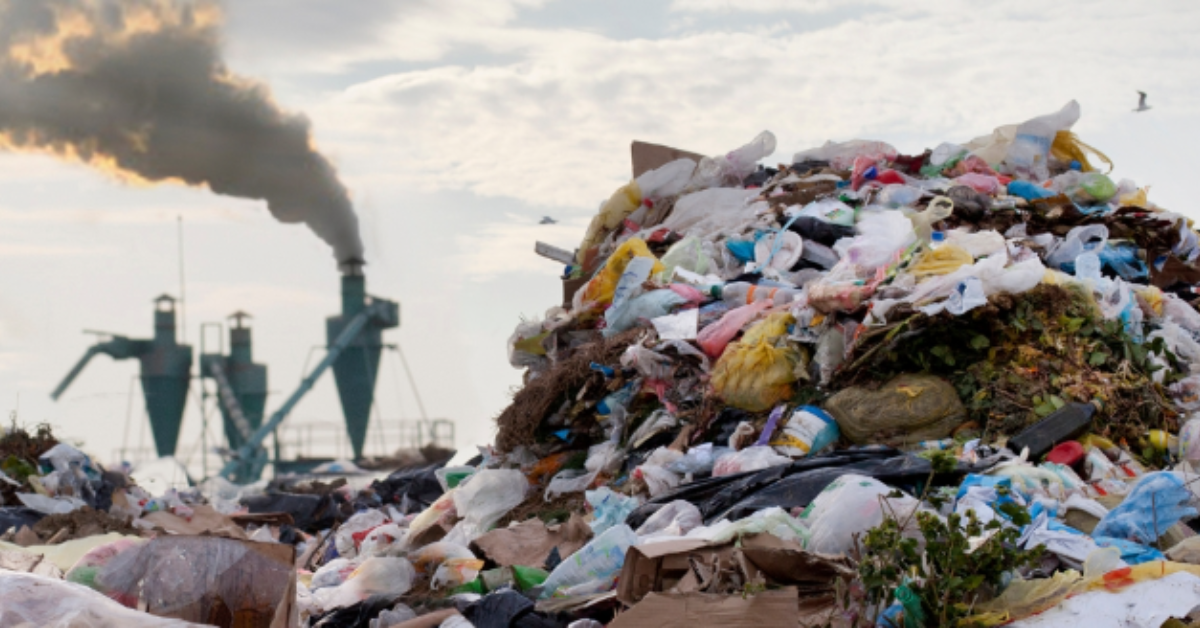 Environmental Justice Ethical Practices Healthier Systems for People and Planet
The Facts: Climate Justice and Your Business
By Team-youB 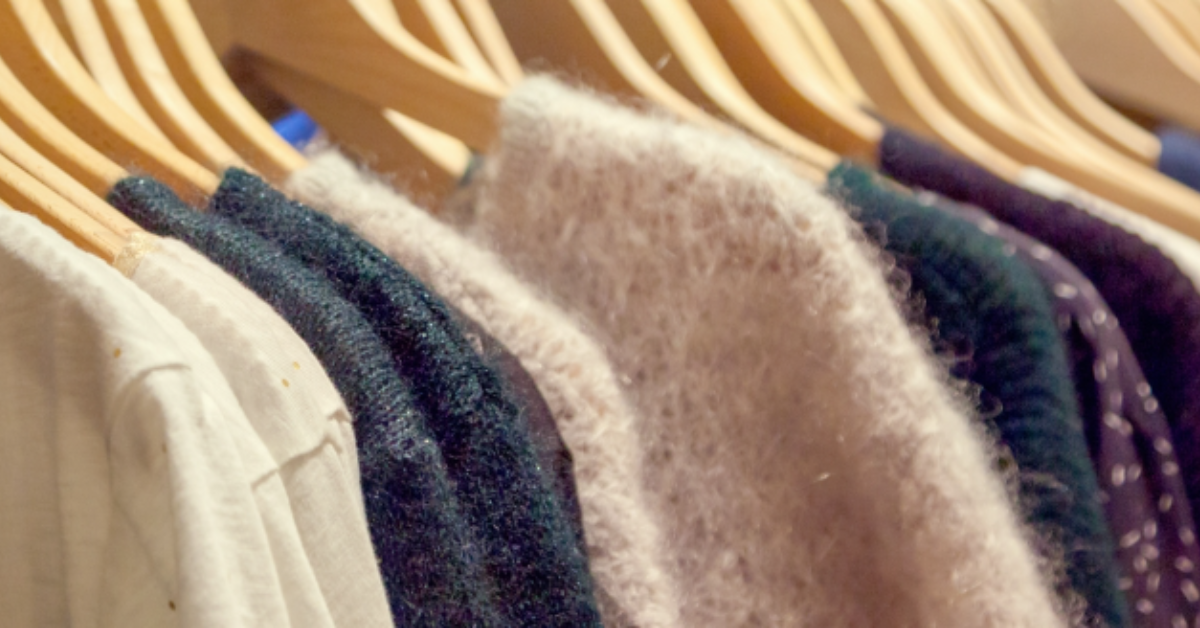 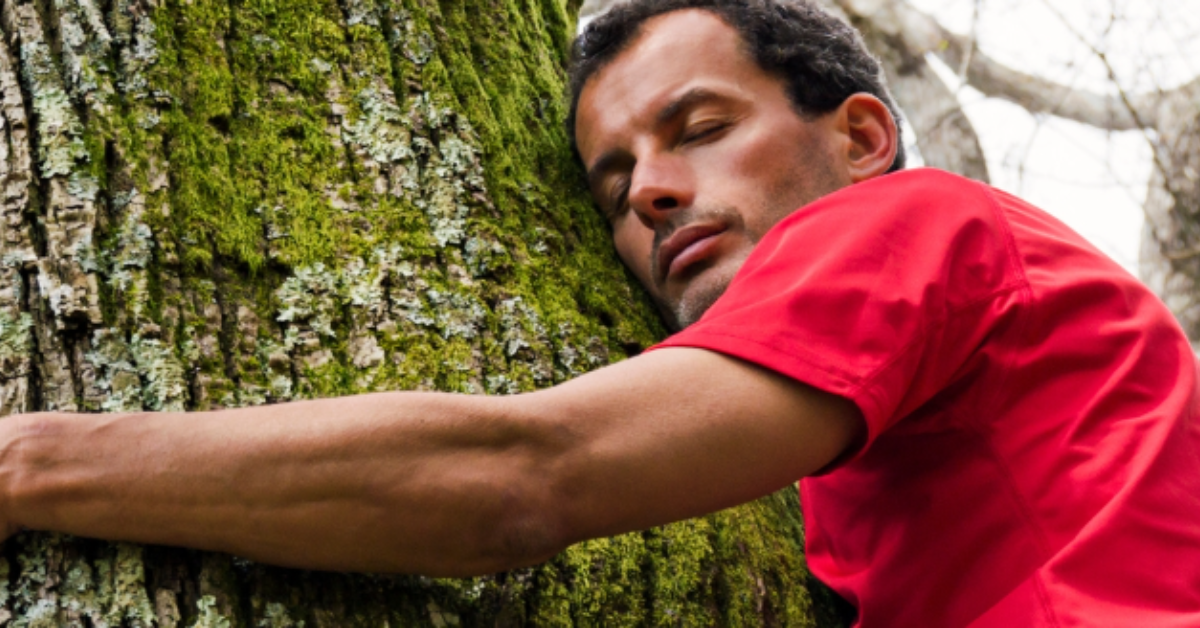 Direct Connection with Nature Healthy Mind Healthy Spirit
Has Your Company Hugged a Tree… Lately?
By Team-youB
No publications found

How to Volunteer Locally for the Environment

Is Your Company Looking in the Trash Bins? You Should!

Step into Your Company’s Carbon Footprint

The Facts: Climate Justice and Your Business